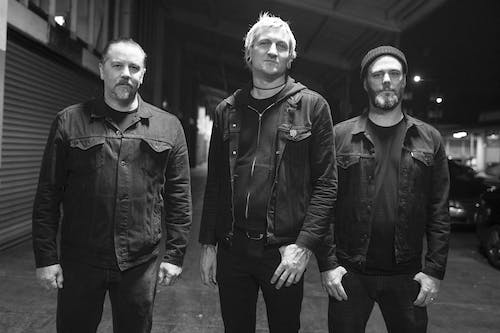 Let’s get the basic facts out of the way first: Charger is an exceptionally powerful (and popular) trio from the East Bay. Andrew McGee

plays guitar. Matt Freeman sings and plays bass. Jason Willer drums and sings too. You may recognize one or more of these names if you’re the type of person who reads liner notes to genre-defining albums.

Formed in 2018, Charger wasn’t created as a band so much as a musical challenge between two lifers in the punk scene who wanted to push each other to dig deep into their shared roots, influences and musical passions, to create something truly exciting. As a result, Charger’s music feels indebted to the giants but not reliant on them, meaning there’s room for growth and innovation within this decades-old blueprint of how to make someone’s heart race and blood pump.

While Charger’s members each carry a musical pedigree, it’s not about what they’ve created before — it’s about the unholy racket they’re making now. Charger is the soundtrack to circle pits and bar fights, to long nights and even longer mornings, to unexplained bruises and epic hangovers (and headbangovers).

Charger’s self-titled seven-song debut EP for Pirates Press Records is a reminder that not only do electric guitars still exist in rock music, but that you really only need one of ’em to kick ass, assuming your guitarist is good enough (and one listen to McGee’s ripping solo on “Fall Out” will answer that question). The trio’s sound careens off various pillars of ’70s hard rock and heavy metal along with a strong appreciation of the blues grooves that started it all. “Victim” channels vintage Motörhead; “Damage” is a sly nod to early prog-rockers Hawkwind; and “Dragdown” will win over any Iron Maiden devotee. On Charger, the drumming is frantic, the vocal melodies are howled — and let’s not even get started on the bass riffs!

In short: Charger is a kick-ass rock band, plain and simple. There’s not a whole lot of ’em left, frankly — but luckily, these guys are more than ready to carry the torch 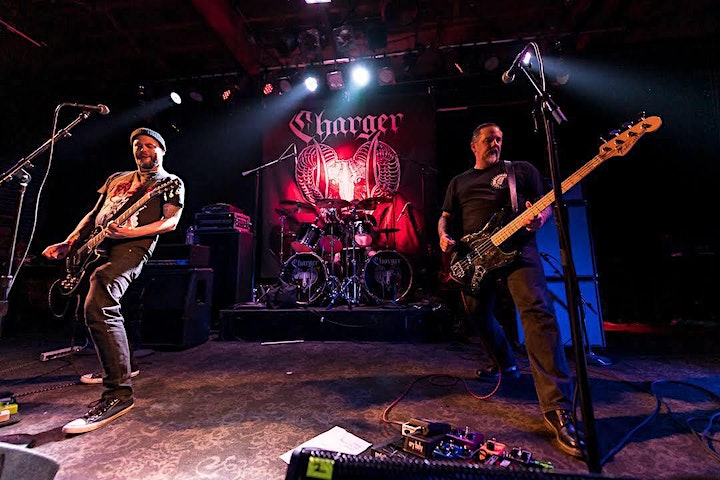