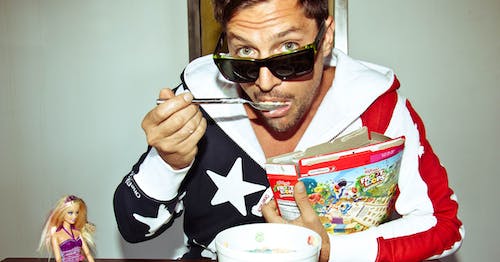 iCal
Google
Dirt Nasty aka Simon Rex, The bad decision maker and silly cookie monster. #1 Daddy with no kids! Is coming to Tony V's in Everett! 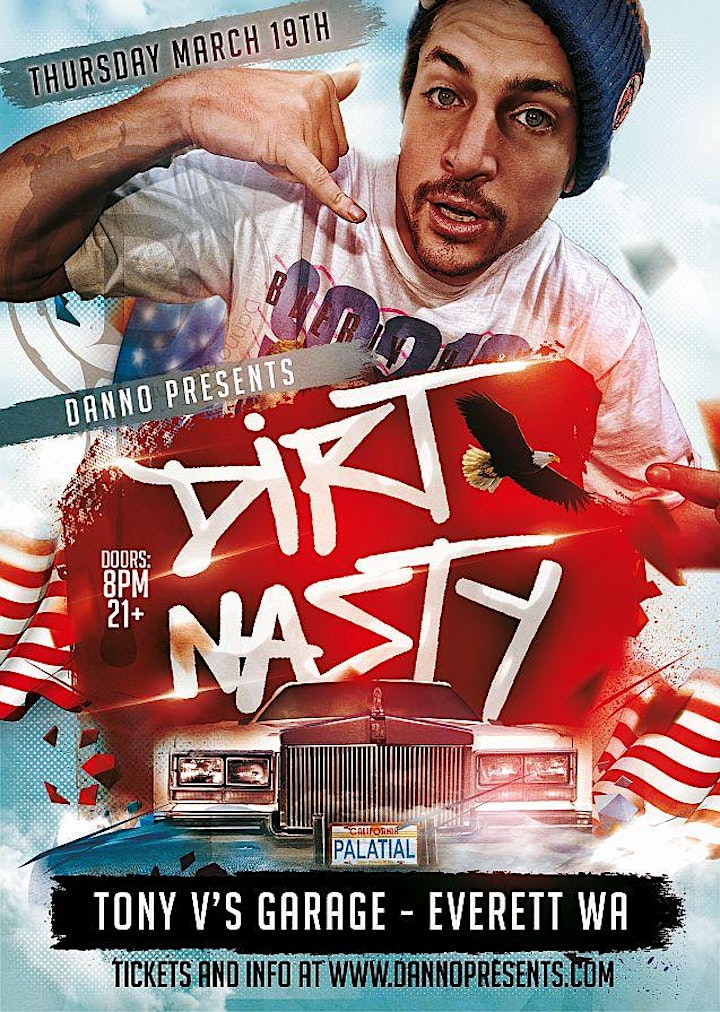 Simon Rex was first introduced to television audiences as an MTV VJ. Soon after, Simon hit fame and popularity delving into acting on shows such as Felicity, Jack and Jill, and What I Like About You. Rex also made guest appearances on Baywatch, Everwood, and Summerland and starred in the Lifetime Series, Monarch Cove. He has also acted in feature films including Scary Movie 3, Karate Dog, Superhero Movie, Scary Movie 4 Hotel California, King Of The Avenue, and Scary Movie 5.

As his alter ego “Dirty Nasty,” actor, musician, producer, and comedian, Simon Rex has developed a die-hard and rabid fan-base across the world since the release of his debut rap-comedy albums 2007 release. Dirt’s second album (2010’s “Nasty As I Wanna Be”) debuted and stayed at the top of Billboard’s comedy charts for weeks and featured guests such as Ke$ha, LMFAO and others.

His music and persona have excitedly received a cult following which are not only dominant on Twitter, Facebook, Instagram, YouTube, Vine and iTunes; but at his sold out shows and concerts across the globe. Most recently, Simon (or Dirt Nasty) teamed up with super-producer Diplo, and his

friends Andy Milonakis and Riff Raff to form the group “Three Loco.” November of 2012 saw the release of an 8-song album on Diplo’s own Mad Decent record label which garnished them critical acclaim from the likes of MTV, Pitchfork, Vice Magazine and Perez Hilton just to name a few.