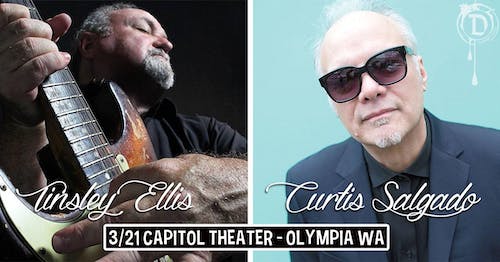 Award-winning soul, blues and R&B vocalist Curtis Salgado’s earth-shaking vocals and forceful harmonica playing have been devastating audiences around the world for over 30 years. Guitarist Alan Hager has been wowing fellow musicians from his hometown of Portland, Oregon and beyond for decades. Hager has been jamming with Salgado since 2003, and joined his band full-time in 2015. Together, the two blues fans and friends took time out of their busy touring schedule to record Rough Cut, a stripped-down album featuring a potent mix of newly written, timeless originals and carefully chosen blues covers. “We did it for the love of the music,” says Salgado. “This is where our hearts are. These are deep songs that we love to play.” 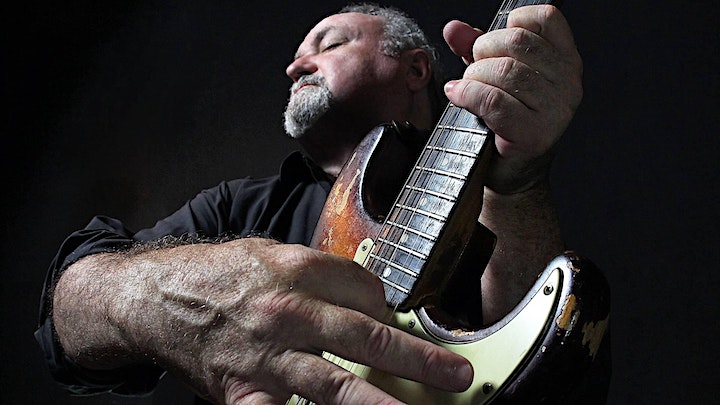 Ever since he first hit the road 40 years ago, blues-rock guitar virtuoso, soulful vocalist and prolific songwriter Tinsley Ellis has grown his worldwide audience one scorching performance at a time. Armed with blazing, every-note-matters guitar skills and scores of instantly memorable original songs, Ellis has traveled enough miles, he says, "to get to the moon and back six times." He's released 17 previous solo albums, and has earned his place at the top of the blues-rock world. When asked if he'd consider himself a "blue-collar" bluesman, Ellis, in his trademark wit, quips, "No. I'm part of the no-collar crowd." His imaginative songs tell stories of common, shared experiences in uncommon ways, all fueled by his high-octane, infectious, hard-rocking guitar playing. Live, Ellis has captivated and amazed fans in all 50 United States, as well as in Canada, all across Europe, Australia and South America. Vintage Guitar says, "He delivers blistering blues-rock, soul romps, minor-key blues, and shuffles—and it all sounds great." The Chicago Sun-Times says, "It's hard to overstate the raw power of his music."